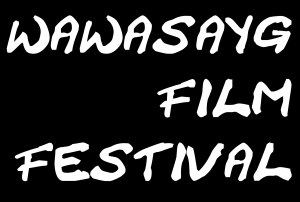 The Wawasayg Film Festival is a celebration of aboriginal identity all through the screening and presentation of media art and film. Wawasayg in Ojibwe means “Northern Lights” which was named to accompany the Northern Images Festival as an Aboriginal counterpart. This one-evening event is taking place for the first time on November 20th at 7pm at the White Water Gallery in North Bay, Ontario. Beginning with a performance piece by Tanya Lukin Linklater entitle “the the” this event will feature many of our regions local aboriginal film makers and arts innovators. Participating filmmakers include Jules Koostachin, Lindsay Sarazin, Brad Trudeau and Richard Story.