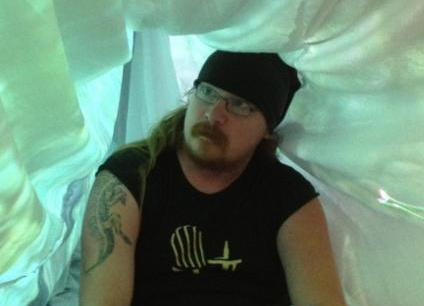 After seven years at the helm the White Water Gallery has announced that Executive Director Clayton Windatt will be leaving the organization in June to pursue personal projects. Although news of Windatt’s departure is only now being made public, the Gallery’s Board of Directors has been aware of his intentions since December and have been working with him to develop a plan for succession. They have posted the job position on their website (www.whitewatergallery.com/opportunities) in conjunction with this announcement and expect to receive applications from across the country once word gets around.

During his time as Executive Director, Windatt has helped the Gallery to fulfill its mandate to present and support innovative and experimental contemporary art by increasing its profile locally and nationally, and by successfully securing new revenue streams and project funding to keep the doors open. The Gallery receives a modest operating grant from the Ontario Arts Council annually, but has to rely upon additional project funding to cover its costs. It hasn’t been an easy job, but Windatt focuses on the bright side.

“I am honoured to have been involved with White Water Gallery. They have allowed me to develop my skills dramatically and learn a great deal about the art world and about myself.” says Windatt, “I am proud of the programming we have been able to present and the community-building we have achieved.”

The Gallery has come a long way since Windatt attended the emergency meeting to discuss the potential closure of the Artist-Run Centre in 2008. At that meeting, he and several other community members stepped up to save the struggling organization and form a new Board of Directors. Windatt served as the Board’s Chair until February 2009 when he transitioned into the role of volunteer Executive Director. The position became a paid one in November 2010.

But even though he has decided to move on, Windatt isn’t in a rush to leave just yet. He’ll remain the Executive Director until his replacement is found and will be on hand to help the new staff member transition into their position. He’ll also continue to coordinate the Gallery’s upcoming conference, The Northern Conference for the Arts: Dream Big (www.dreambignorth.com), taking place from May 27 – 30, 2015 in North Bay, ON.

“I’ll still be around to help out,” Windatt says, “It’s just someone else’s turn to steer the ship.”