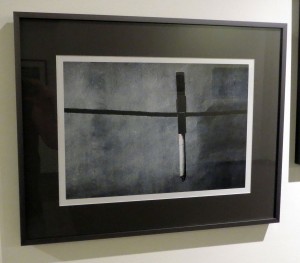 I am a photographer, I see light, angles and shapes. I see people, I see their eyes. The landscape is my canvas, the people my paint and my camera is my brush…Imagination limitless!

To find a unique and beautiful wilderness shot is thrilling but to capture it in the eyes of someone who lives here, that is completion. Look closer, move in, and refocus.

Gerald Richard Gooderham was born in 1953 in North Bay, Ontario but lived in Oakville for most of his younger life. It would be twenty years before he came back to his northern roots and made Temagami his permanent home. This became a main focus of his work.

It was actually his grandfather, Gordon Stewart Gooderham, who was the first of the family to come to Lake Temagami in 1901.  In 1926, he started a tourist fishing camp, Camp Chimo, on Island 665.  It was during these summers spent working as a lad that drew him back permanently years later.

Gerry became interested in photography in grade school, starting with a Kodak brownie and experimented with developing.  He took a rather long break through high school but after leaving Sheridan College (General Arts) Gerry bought a 35 mm camera and traveled extensively in Europe, the Mediterranean and parts of Africa. For over a year he adventured and explored, re-igniting his passion for the art of pictures. Ironically, and extremely unfortunately that is also where both film and camera disappeared. However, the spark for photography had been re-kindled. It was on returning from Greece when he decided to leave Oakville once and for all. He moved north to Temagami and began to make his way in the construction business while perusing his love of photography.