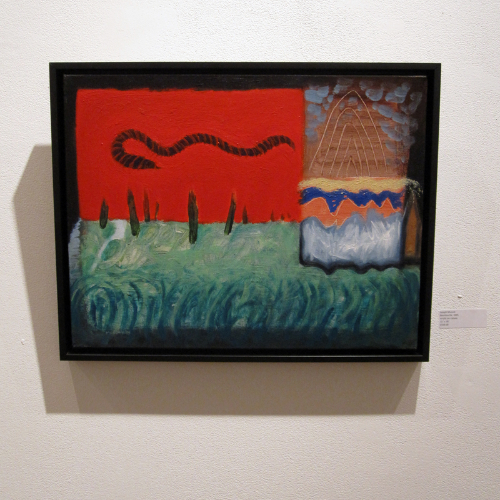 This group of paintings on canvas was started in 2003 to celebrate the 400th anniversary of the founding of Acadia in Eastern Canada in 2004. As we know the Acadians who settled in parts of Eastern Quebec, New Brunswick, Nova Scotia, Prince Edward Island and even Newfoundland suffered great injustices under the British. They were chased out of a number of communities and forced to seek out new settlements along the Eastern seaboard of the United States and as far south as Louisiana. This rather sad chapter in our history is being enacted every day in so many different parts of the world today where thousands of people are forced out of their homeland because of political instability or racial rivalries. In the case of the Acadians, many eventually returned to their abandoned or razed land to resettle and start over. As the title suggests, this body of work is an homage to their return from Exile.

There are in total over 30 paintings ranging in size from 7 x 9 inches to 22 x 48 inches. There is a consistent structure in the paintings which includes landscape, some architectural details and other suggestive or representational images such as boats, houses or clouds as well as abstract markings open for interpretation. Some canvases are divided into rectangular sections hinting at the various stages of exile, return and resettlement. Most share a combination of light and dark colours symbolizing hope or despair and most have a very vibrant presence of the colour red, easily associated with blood, passion and desire. The presence of the changing landscape in the work is a reminder of  how the Acadians must have experienced an ever changing landscape as they moved around from place to place looking for a new homeland.

This Return from Exile / Hommage à l’Acadie series has been shown once at the Guelph Humber Art Gallery in Toronto in 2009.  Each painting is named after an Acadian community, village or town in all the aforementioned provinces as an homage to the Acadian people. 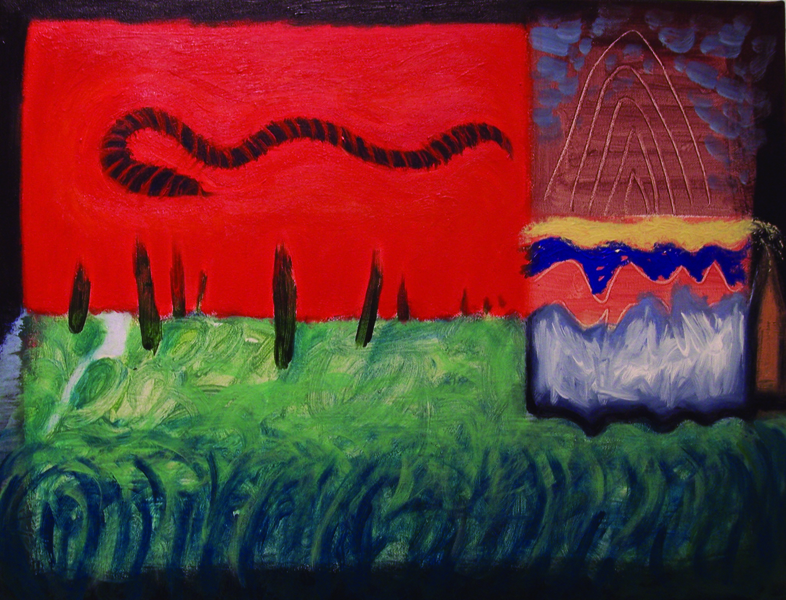