Sean Stewart works as a multifaceted visual artist in a variety of calculated and scientific fields. He utilizes all forms of scientific experimentation to explore artistic expressions that reach visual conclusions. As a fully licensed and practising dentist, Stewart founded the Dopamine Collective, a group of scientists who shed their lab coats to actively pursue artistic practices that employ the training they received from their respective fields. He challenges everything by constantly asking questions of concept, design and reason while pursuing his craft. This relentless quest for rationale is deeply ingrained in all areas of his practice.

His current body of work, evacuated space, consists of several radiographic exposures of vacuum tubes and other thermionic valves. 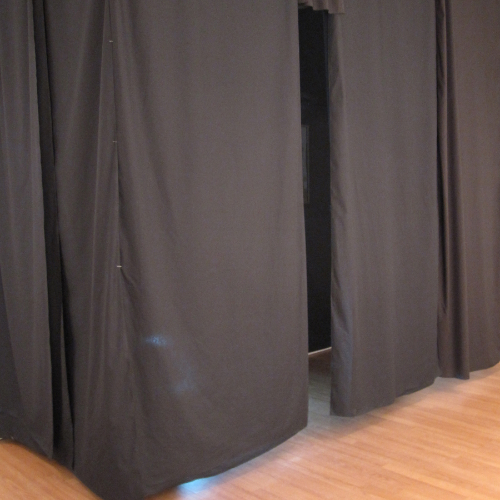 These small devices control the flow and movement of electrons within an evacuated temporary space of existence. Drawing similarities between consciousness and the great unknown Stewart encourages the individual exploration of inner self and their relationship to matter and space in the same way we view these tubes in their bare state of naked exposure. This questioning of the architecture of reality,  existence, and our role in the universe parallels the way a tiny electron in its definable field of existence might question the architecture of their world and what they perceive as reality. 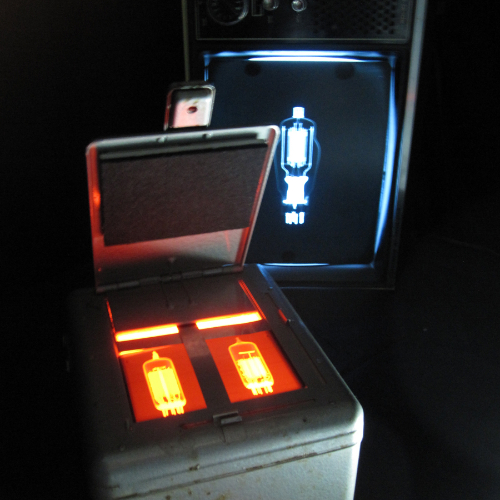 “I believe our future depends powerfully on how well we understand this Cosmos in which we float like a mote of dust in the morning sky. . . The Cosmos is full beyond measure of elegant truths, of exquisite interrelationships, of the awesome machinery of nature.” 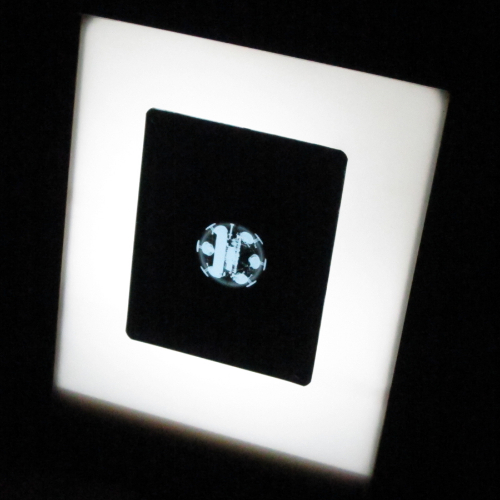 Stewart’s installation in the Profiles exhibition deals with the conditions of viewing and the intrusion of light. These factors forced the creation of a free-flowing curtain room to surround Stewart’s works, isolating them from the others. A barrier between other artist’s works creates a division of space in the form of blackness. This attempt at singularity mirrors the artwork itself as the audience steps into another realm to view the system of works installed as if entering a newly defined state of existence. 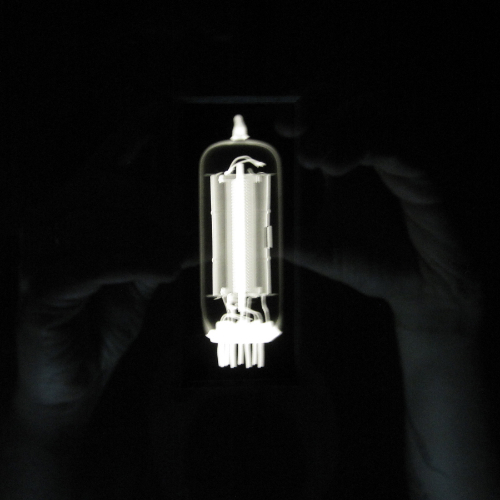 Stewart’s evacuated space is both immersive and compelling in its interaction and aesthetic. It draws the audience in like the black void of space and allows them to see through the artist’s eyes as we look out across the cosmos. The cold mechanical personalities found within the works are alien in many ways, but also familiar. Venturing into the exhibition represents the exploration of knowledge and human curiosity and the willingness to explore presumably defined space. Crossing the threshold into the unknown as one may enter a worm hole you might emerge somewhere else in space or somewhen else in time.