wnoondwaamin | we hear them calls for the occupation of sound waves, exploring the capacity of these energies to access knowledge and memory.

White Water Gallery is excited to be participating in the tour of this exhibition! 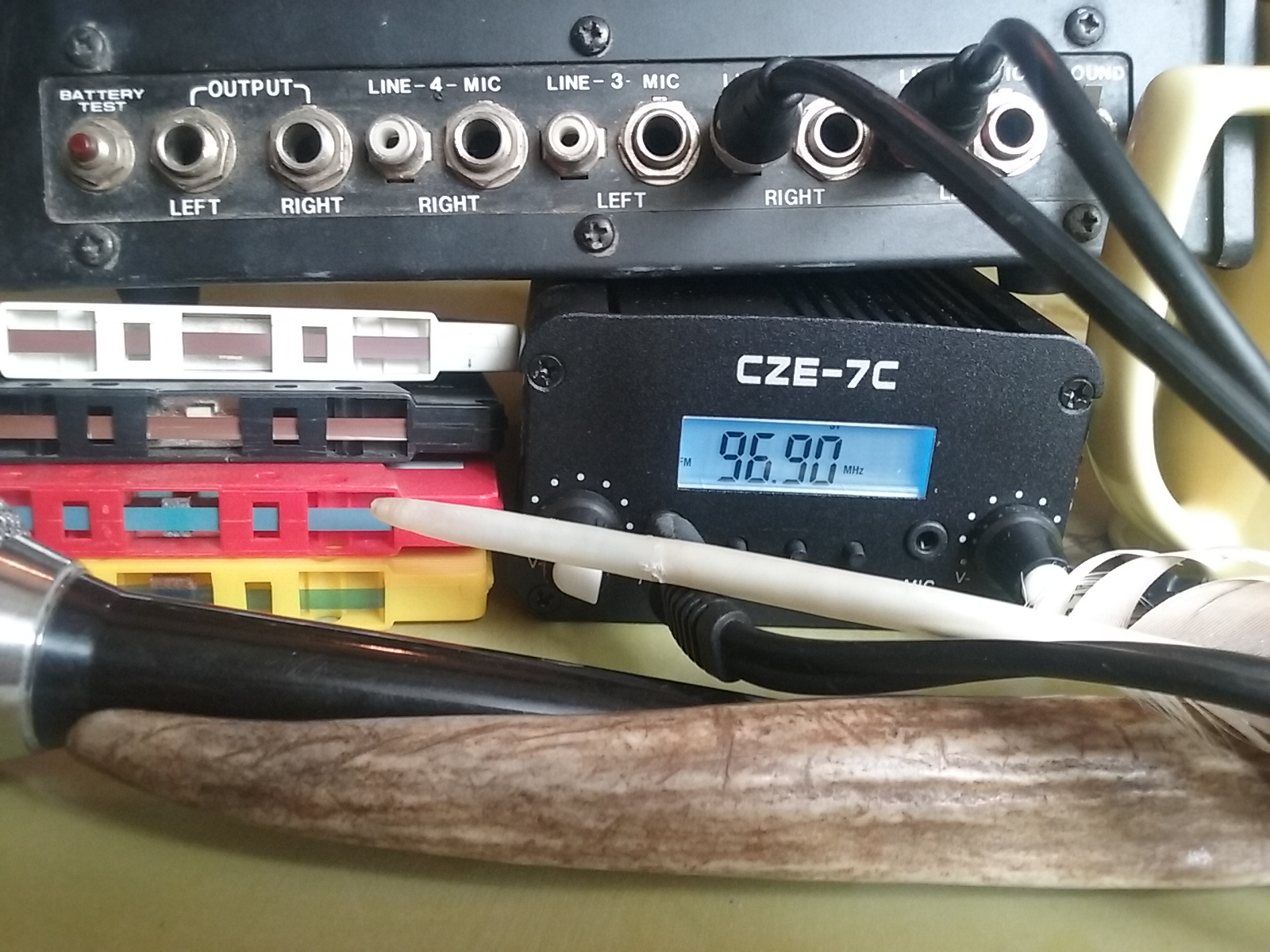 Each of the artists in this exhibition bring their voices to the transmission and reception of sound in performance, video and radio installations, revealing the nuanced meanings that sound carries. Through performance, Jeneen Frei Njootli turns an ear to materials, such as caribou antlers, to sound the transmission of embedded and layered ancestral knowledge. Utilizing low wattage radio transmission, Autumn Chacon’s in-gallery installation transmits and receives audio broadcasts from borders, dividing lines and barriers, overcoming physical and perceived obstructions between otherwise regulated spaces. From medicine baths to running rivers, Melissa General accesses sounds shared across time and through memory, constructing water compositions that encourage deep listening. Focusing on the subtle, often unnoticed, sounds of landscapes, Suzanne Morrissette blends microcosmic sound and images to reveal how human activity and land intertwine. Together these artworks create a chorus and conversation about the resonances that sound carries beyond the merely audible.

wnoondwaamin | we hear them is organized and circulated by Trinity Square Video with the support of the Ontario Arts Council.

Thank-you and miigwech to John G. Hampton for his work in the development of this exhibition tour, as well as to the project’s mentor Cheryl L’Hirondelle.

Autumn Chacon is a Dine/Chicana multimedia and performance artist from the Southwestern United States. Using new media, Chacon considers herself a traditional storyteller—not because she tells traditional stories but because she strives to find traditional philosophy in all contemporary stories and experiences. Often using electronic sound and unconventional use of radio frequencies Chacon creates environments where an interactive audience is free to control how much of her art they would like to receive. Chacon is also a farmer/agriculturist who uses food as a living medium.

Jeneen Frei Njootli is a Vuntut Gwitchin artist and a core member of the ReMatriate Collective and sits on the board of directors for grunt gallery in Vancouver. Frei Njootli has been based in these unceded territories of the Musqueam, the Squamish, Tsleil-Waututh and Stó:lo peoples for nearly a decade while pursuing a BFA Degree from Emily Carr University (2012) and an MFA Degree from the University of British Columbia (2017). Frei Njootli’s practice concerns itself with Indigeneity-in-politics, community engagement and productive disruptions. She has worked as a performance artist, workshop facilitator, crime prevention youth coordinator, and has exhibited recently at the Ottawa Art Gallery (Ottawa), Gallery 44 Centre for Contemporary Photography (Toronto), gallery 1313 (Toronto), ace art (Winnipeg) and the Morris and Helen Belkin Art Gallery (Vancouver).

Melissa General is Mohawk from Six Nations of the Grand River Territory. She is a graduate of the Ontario College of Art and Design and completed an MFA degree at York University. Working in photography, installation and video, the focus of her practice has been on concepts involving memory, history, land and her Indigenous identity. Her work has been exhibited at The Robert McLaughlin Gallery, Harbourfront Centre, Art Gallery of Peterborough, Gallery 101, Gallery 44 Centre for Contemporary Photography and has been included in the 2016 Contemporary Native Art Biennial in Montréal.

Cheryl L’Hirondelle (Cree/Metis/German) is a community engaged multi– and inter–disciplinary artist, and singer/songwriter originally from the land now known as Canada. Her creative practice is an investigation of the junction of a Cree worldview (nêhiyawin) in contemporary time space. Since the early ’80s, L’Hirondelle has created, performed and presented work in a variety of artistic disciplines, including music, performance art, theatre, spoken word and storytelling, through redundant and new media. In the early ’90s, she began a parallel career as an arts consultant/advisor, programmer, cultural strategist/activist and director/producer. L’Hirondelle’s various activities have also found her working in the Canadian independent music industry, national artist-run centres, educational institutions, the Canadian prison system, First Nations bands, tribal councils and governmental funding agencies at the municipal, provincial and federal levels.

Suzanne Morrissette is a Cree-Metis artist, curator and scholar from Winnipeg, Manitoba. She received her BFA in 2009 from Emily Carr University of Art + Design and later completed her MFA at OCAD University in 2011. She is currently a PhD candidate in the department of Social and Political Thought at York University. Morrissette has been invited to present her research at conferences organized by institutions such as the Smithsonian Museum of the American Indian in New York (2011), the Aboriginal Curatorial Collective and OCAD University (2011), and the University of Lyon in France (2013). As an artist Morrissette has been included in national and international exhibitions including Noodagun Beacons for NAISA (2015), Owning with the Gaze at Gallery 101 (2015), and North of Here at Harbourfront Centre (2014).

Lisa Myers is an independent curator and artist with a keen interest in interdisciplinary collaboration. She grew up in southern Ontario and is of Anishinaabe ancestry from Shawanaga and Beausoleil First Nations. In 2011, she earned an MFA in Criticism and Curatorial Practice from OCAD University. Her current research focuses on both media art and concepts of value related to the life of materials and techniques passed on through generations. She has curated exhibitions at the MacLaren Art Centre in Barrie, The Robert Mclaughlin Gallery in Oshawa and the York Quay Centre at Harbourfront in Toronto. Her writing has been published in Senses and Society, C Magazine and FUSE Magazine. Myers works in Port Severn and Toronto, Ontario. Myers is an assistant lecturer in the Faculty of Environmental Studies at York University. She is based in Toronto and Port Severn, Ontario.