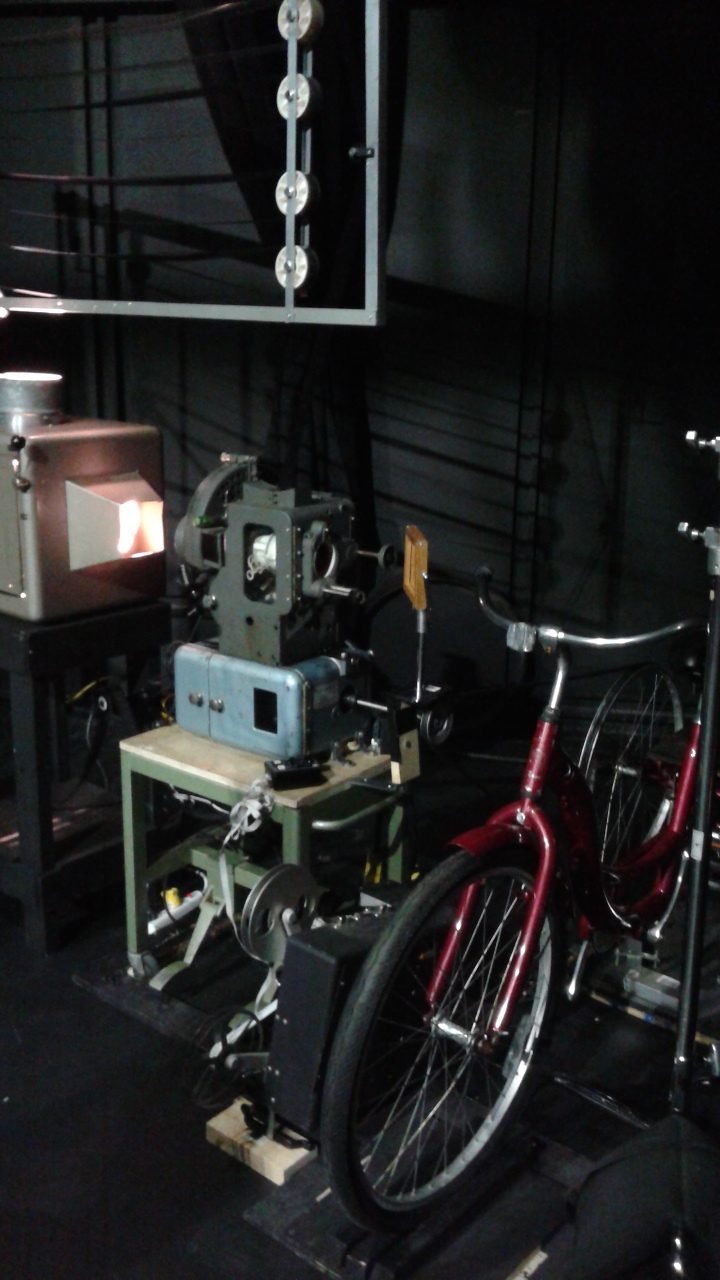 – in conjunction with the Downtown Gallery Hop

Starry Nite is Roger D. Wilson’s 25 minute live 16mm and 35mm film projection performance that takes the audience on an exploration of the stars and travel through the Milky Way; it is accompanied with prerecorded music from Ottawa’s dark, experimental, post-apocalyptic rock group Scattered Clouds.

Starry Nite is presented using Roger’s Cinema-Trike, a human-powered 35mm film projection system built from an adult-sized tricycle. While a Cycle Works team member pedals the bike, Roger performs live image manipulations to the film being projected. To add additional layers to this performance Roger also uses a 16mm film projector and simultaneously manipulates these images along with the 35mm film. As you watch the two films morph into one, continuously changing, layers being added and new textures developed.

Cinema-Trike is a human powered film projection system that was created by taking an adult 3-wheeled bicycle and a 35mm film projector and transforming them into a new age cinema experience. As you pedal the bike the film is driven through the projector system, if you pedal the bike fast than the images appear fast and if you slow it right down you will see each image past by frame by frame.

This project has been made possible with additional funding from: